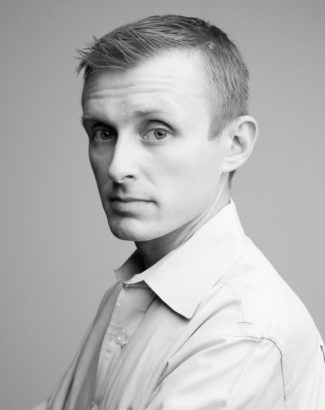 Starting in high school, Ted Prill had three part-time jobs while growing up in Kansas…and he hasn’t stopped since.

He got his start in politics while attending junior college and did everything there was to do on a nationally-targeted congressional race. His tenacity and versatility as a “super volunteer” caught the attention of national Republican operatives who brought him to Washington, D.C. as an intern and then as a Capitol Hill staffer. But it was campaigning, not policy making, that Ted Prill loved so he went to work honing his skills on races across the country.

He’d found his passion and never looked back.

During the next intense years he managed and consulted on races in over 30 states. Fiercely competitive, Ted Prill loves a challenge and he rises to meet it with his trademark work ethic and strategic insights gleaned by working on the most important statewide and congressional races in the country. Besides the NRCC, groups like The Free Enterprise Fund, Freedom Watch, and the U.S. Coalition for Global Engagement have sought out Ted’s expertise. He brings his talents as a senior consultant, strategic thinker and hands-on operative to corporations here in the United States and to campaigns overseas. Ted has been featured and quoted by FOX News, the New York Times, Wall Street Journal and others.

During a few action-packed years, Ted Prill has risen to the top in planning a race and implementing the plan. Money, media, message are at the heart of every winning Ted Prill-run race. Working at the top of his profession and leading by example, he never asks a staffer to do something he hasn’t done and is willing to do again. His frugality is a product of his Kansas work ethic and he is adamant when he says, “I’m very conscious that every penny we spend is money someone had to raise.”

Four years as a partner in KAP Strategies has distilled several political truths for Ted. “It’s the campaign that works the hardest and smartest that wins. The winning campaign is the one that raises the most money and spends it the wisest. At the heart of every victory is the campaign that sets out a realistic and doable plan and then implements it. And a key to success is treating the voters with respect, understanding how hard they work and that although they are patriotic and care about good government, their lives don’t revolve around politics 24/7.”

Empathizing with the voter, understanding what’s inside his/her mind, capturing their interest with a vivid and compelling message and striking a responsive chord emotionally are uppermost in Ted Prill’s mind as he launches a campaign. A few of his candidates have lost. The vast majority have won. Ted Prill likes winning most.

Hard-charging and hard-working, obsessive in his focus on his client’s interests, that’s what you get from Ted Prill and KAP Strategies from Day One until your celebration party on Election night.